A HIGHLIGHT of the 2014 Galway International Arts Festival was Moonfish Theatre Company’s richly imaginative staging of Joseph O’Connor’s novel, Star Of The Sea, which traced the journey of Irish Famine survivors in their flight to America.

That production enjoyed wide acclaim and toured nationally and internationally over the next few years. Five years later, this year’s Galway International Arts Festival presents the world premiere of Moonfish’s Redemption Falls, which dramatises O’Connor’s sequel to Star Of The Sea.

Presented as a 'theatre-gig', Redemption Falls weaves traditional folk song and music, visceral imagery and evocative storytelling in a breath-taking and intense theatrical experience. The production will have its world premiere as part of Galway International Arts Festival with performances at An Taibhdhearc then travel to the Dublin Theatre Festival in October, where it will have a 10-night run at the Peacock.

Redemption Falls unfolds against the backdrop of the end of the US civil war. Eliza Duane Mooney, daughter of an Irish emigrant, walks across America in search of her brother Jeddo, a child soldier in the Confederate army. As Eliza and Jeddo's stories unfold, they shine a light on the stark realities of war, its invisible rise, and what is left in its wake. We are presented with the realities of war; the untold stories that lurk behind the facade of glory and righteousness.

The show harnesses the power of music and song to explore the experiences of seven characters who find themselves cast adrift amid the debris of the American Civil War. Each has their own reasons for survival, but as the story unravels their paths criss-cross, bringing them closer and closer to a final reckoning. Moonfish’s Ionia Ní Chróinín spoke with me about the production beginning with the company’s decision to stage it as what they call ‘a theatre gig'. 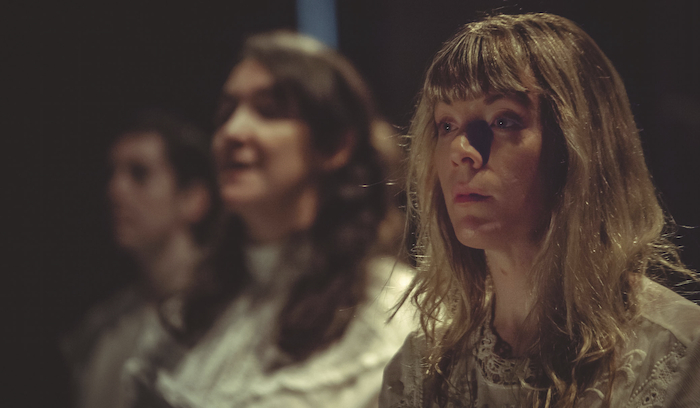 “We opted for that early on because one of the things we wanted to do with Redemption Falls was to set ourselves a challenge," she says. "The book is full of references to music, as was Star Of The Sea, and while we had music in that show we always felt we would have loved to have incorporated it more. We enjoyed using it so much and felt it was a fantastic theatrical language and we’re lucky enough to work with an ensemble who all sing and play instruments so we felt it would be great to go further down that road.

'We wanted to make sure that happened, that the music would combine with what we discovered about our style and the way we tell stories'

“When we decided to do Redemption Falls, rather than doing it exactly the same as Star Of The Sea, we wanted to push ourselves further and take on the challenge of creating a gig as opposed to a piece of theatre. It was a different way of thinking about the production, rather than thinking of scenes we were thinking of tracks, and that helped us pull away from the rigid narrative that can sometimes happen when you are working with a novel. 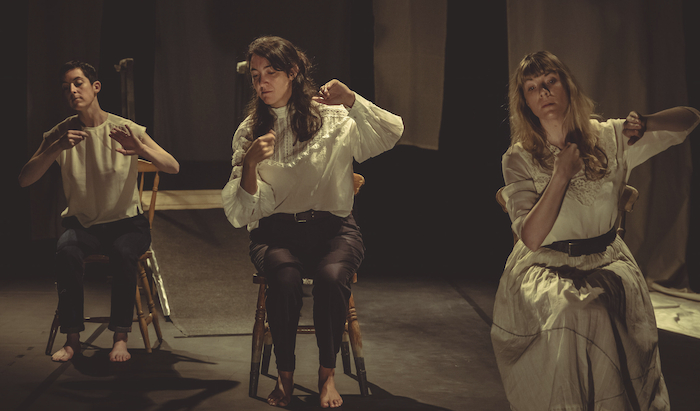 "It’s been fantastic because it has made us think outside the box in lots of different ways. It also made us look at our ensemble in a different way; every time we came together we brought our instruments and we’d be singing. As well as that, it changed how we approached the narrative flow; music can access emotions and evoke atmosphere instantaneously so it is a beautiful way to draw the audience in and touch them in a personal way.”

'It focuses on the people who survive war and what their experiences of war have been, the lack of glory, the country ravaged, their loved ones not coming home'

While Redemption Falls delves into a new direction, it also retains much of the stylistic stamp that made Star Of The Sea a success. “We will have all the same theatrical aspects of the style that we found for Star Of The Sea so we’ll be using projections and various aesthetic elements,” Ní Chróinín explains. “We wanted to make sure that happened, that the music would combine with what we discovered about our style and the way we tell stories. Anyone who saw Star Of The Sea will recognise Redemption Falls as a Moonfish show.” 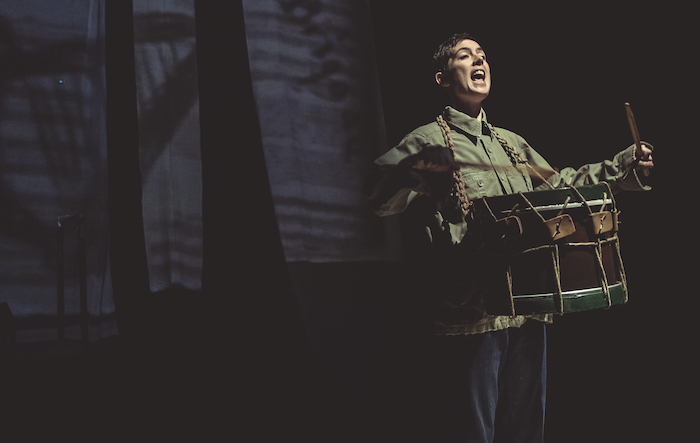 Ní Chróinín expands on the plot and personalities of the story. “The central characters are Eliza and Jeddo, the children of Mary who we met in Star Of The Sea. The theme of the novel, and our adaptation, is war and its aftermath. The novel tries to put on page the reality of war; it does not shy away from that and it avoid notions of glory. It focuses on the people who survive and what their experiences of war have been, the lack of glory, the country ravaged, their loved ones not coming home.

"Joseph O’Connor shows a lot of different perspectives, one of which is Eliza walking through a country ravaged by war in search of her brother who was a child soldier. We also see it from Jeddo’s view who was in the war and is then spat out at its other side with nowhere to go and completely traumatised. Another character is General O’Keeffe who is a complex figure; he’s an Irish rebel who was transported to Van Diemen’s Land and escaped from there to make his way to the US where he becomes a celebrity and then joins the Union Army at the outbreak of the war. 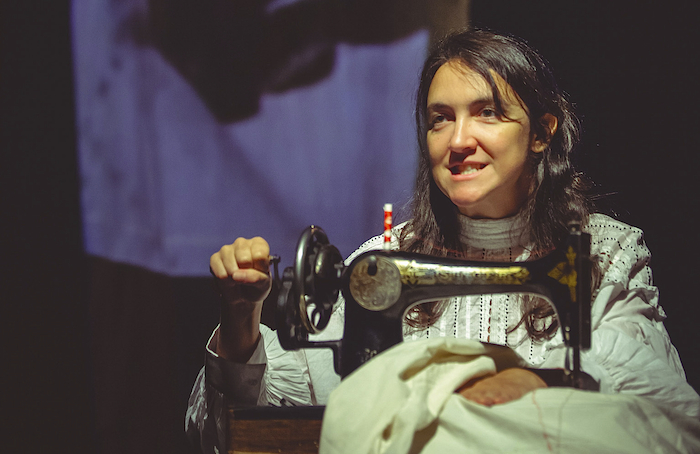 "He leads his brigade in a battle where it gets nearly wiped out and he is ravaged by guilt from that, he is racked by many ghosts of his past. His wife is another person who figures largely; she comes to the remote outpost of Redemption Falls where O’Keefe has been dispatched, she is hoping to reconcile their relationship because they have grown apart, but she pulls a lot of the characters’ stories together.”

Redemption Falls is a Moonfish Theatre, Galway International Arts Festival, and Abbey Theatre co-production, in association with the Town Hall Theatre. It runs from Wednesday July 24 to Sunday 28 at 8pm in An Taibhdhearc. Tickets are €25/22 from www.giaf.ie