THE LANDSCAPE and culture of Connemara pulse deeply through Ten Ton Slug, not in any obvious sonic sense, but in the band’s attitude, artistic vision, and clear sense of ambition.

They are arguably one of the most successful bands to emerge from Galway in recent years, playing the prestigious Bloodstock festival; supporting modern metal titans like Black Label Society and Corrosion of Conformity; touring Britain; and releasing a slew of EPs which have attracted critical acclaim.

However, this year sees the band take a major step forward as they return to Bloodstock, with a more prominent billing; play the main stage of Metaldays in Slovenia; perform at the O2 in Sheffield in September as part of the HRH Doom vs Stoner festival; and begin work on what might become their debut album. 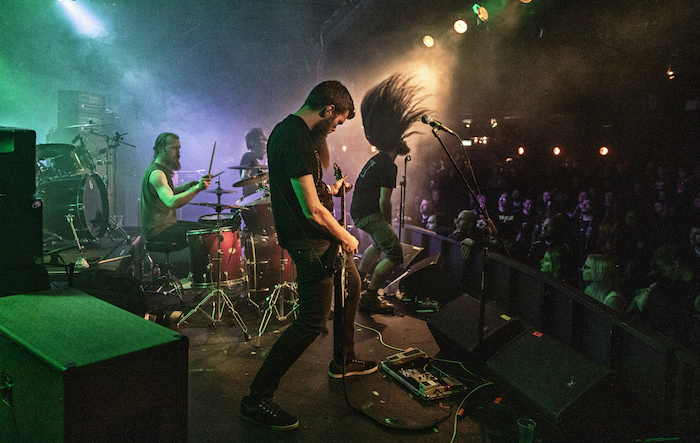 The band is brothers Seán and Micheál Sullivan, on guitar and drums respectively, along with Ronan Ó hArrachtain (vocals ) and Pavol Rosa (bass ), and their music is a powerful combination of molten lava sludge metal, suffused with the fumes of stoner rock, and laden with the forebodings of doom metal. Little wonder then Black Sabbath is a key influence.

“The first time I heard Sabbath I realised how simplicity is key,” Seán tells me as we sit for the interview on a Thursday afternoon. “It’s distilling something down to its essence, communicating what you want to communicate - be it a feeling or a message - in the clearest and most direct form. That’s what Sabbath does for metal.

“Some of the riffs are so simple it’s like they were always meant to be and that Sabbath had just found them. Some genres don’t rely so much on the riff, but Sludge and Doom do, so it is about the riff, but I’m a guitarist, of course I’m going to say that. Michael would say 'No, it’s about the groove’, and he’s right as well, as a riff is nothing without something behind it. It’s about getting something down to just what’s needed to communicate that idea.”

Yet the land and geography surrounding the brothers native village of Loch Con Aortha, near Cill Chiaráin, Connemara, is every bit as inspirational. “You are surrounded by music out there,” Seán says. “There is a deep tradition of sean nós and traditional music. We’re not a trad band, but there is a certain amount of music being played around you on a daily basis, and it influences you whether you want it to or not.

'The land in Connemara, and knowing your ancestors had to work to have whatever they had - and that wasn’t a lot - it’s a sense that sticks with you'

“The culture and history of the people are soaked into the music and the landscape, and the hardship of the land, and the amount of work needed to live there. If you see a green field in Connemara, it’s not a fluke, it’s through generations of toil and sweat and blood. That sticks with you growing up.”

It is that work ethic which has seeped itself into the Sullivan brothers, and seen them go from playing small gigs in Galway to prominent slots in leading metal festivals like Bloodstock and Metaldays in the space of only a few years.

“For life in general, I found Connemara a good place to grow up. It gives you that sense that if you want something, you have to work for it to make it happen, and then you have to work to keep it,” says Seán. “In Connemara, you have to work continually, battling the laments and the land itself. It’s a constant effort to stay on a level ground with nature trying to take back what’s rightly it’s own. You’re lifting walls and daring fields, you have to be on top of it constantly, and that feeds into our own work ethic.

'Playing Bloodstock allows us to meet people, make connections, network, and be part of a community, and there’s a great community between the bands'

“Musically, when you are from an area that is isolated you have to work harder to get the foot in the door, than in say, Galway city. Getting gigs at the start, we had to work that bit harder, whereas with other bands, it felt like they were at that point before us because of all the things available to them because of their proximity to the city.

“The land, and knowing that your ancestors had to work to have whatever they had - and that wasn’t a lot - it’s a sense that sticks with you. If you want to do better, it’s through toil and graft. It’s something everybody from Connemara does, and that has served us well.” 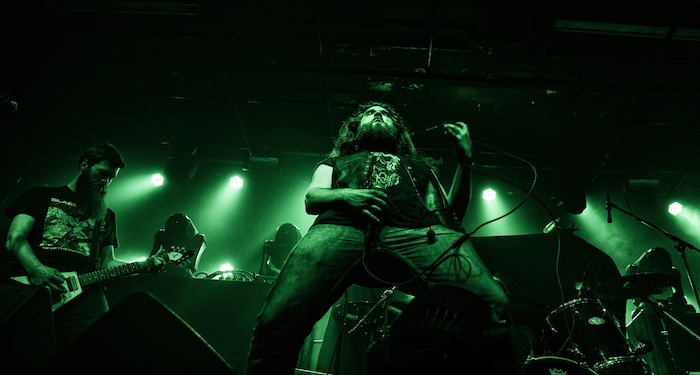 It certainly has. Ten Ton Slug first played Bloodstock, the annual open air metal festival in Derbyshire, in 2016, qualifying through winning the Metal For The Masses competition Republic Of Ireland strand.

“The day after we were told we were playing Bloodstock,” recalls Seán, “you think, OK, we’ve got this opportunity to play the 2,000 capacity New Blood tent at the festival. You don’t want to play to nobody, so we worked on performance and promotion, and that slot was a huge success for us. Bloodstock also keep an eye on the bands that come through and help nurture them, and we got offered a slot on the Sophie Lancaster Stage this year, which has a capacity of maybe 4/5,000. It’s a huge deal for us.”

'You do a small gig and you do your own sound, but it’s those small gigs that make you better and the big gigs that allow you to show that'

That show is on Thursday August 8 as direct support to headliners Rotting Christ. “It’s something that means we have to level up again,” says Seán. “The last couple of years we’ve hit these milestones and rose to the challenges presented to us. Irish bands don’t have loads of opportunities to do things like this. It means a hell of a lot to us. It also allows us to meet people, make connections, network, and be part of a community, and there’s a great community between the bands.”

Ahead of that comes Metaldays in Slovenia (July 21 to 27 ), another major milestone in the onward progress of the Slug (other acts playing include Dream Theatre, former Nightwish vocalist Tarja Turunen, and God Is An Astronaut ). “That’s nuts! It’s an amazing festival,” Seán enthuses. “Our singer Ronán, submitted for Ten Ton Slug to have a spot and last year we got a slot on the small stage. We played just as it was getting dark. It was one the best gigs. The reception was incredible and we’re back this year, opening the main stage. It’s surreal. I won’t believe it until we’re there. I won’t enjoy it until it’s done, and then I won’t enjoy it until the next thing is lined up. But I can’t wait, it’s going to be amazing.”

Completing the trinity of prestigious metal festivals will be the HRH Doom vs Stoner festival in the O2 in Sheffield in September, which Ten Ton Slug were invited to play at.

“Orange Goblin are playing that,” says Seán. “Ronán is a huge fan. He is an orange goblin, I’ll put it that way. When we found out they were playing we said, ‘Right, we’re making this happen.’ A lot of the bands we tour with in Britain are playing so it will be a great get together. You feel spoilt playing stages like that as you have a crew there doing everything for you. Then you do a small gig and you do your own sound, but it’s those small gigs that make you better and the big gigs that allow you to show that.” 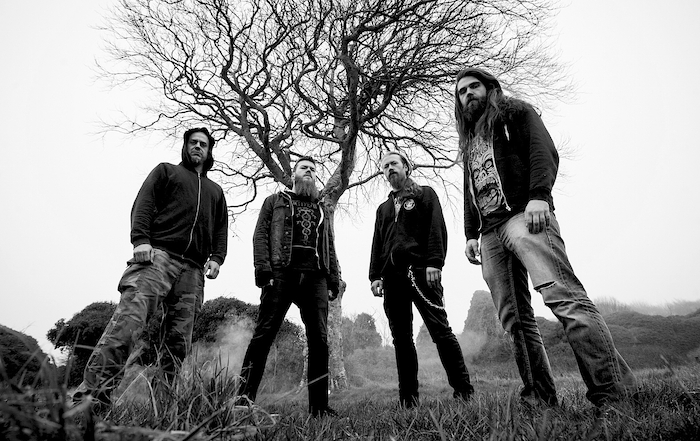 The Slug is also planning a Galway gig in the summer, releasing a new single, and making new recordings which could become an album. They are also getting sponsorship and support from the Little Collins café in Abbeygate Street.

“Nowadays, music sales are not something that will keep you on the road,” says Seán. “If you are clever with your merchandise you can make some money back, but really it’s partnerships and sponsorships that are great. We got a sponsorship with Little Collins. They are really cool people, a local Galway business, they respect what we are doing. It is really helping us. Our name is there in the cafe, and that gives people an incentive to check us out.”