THE GALWAY Theatre Festival swings into action next week and audiences can look forward to a host of innovative and imaginative shows from Friday April 29 to Saturday May 7.

This year’s festival is being run by Máiréad Ní Chróinin, of Moonfish Theatre Company, and she took time out from her busy schedule to talk about its exciting line up, first reflecting on how the festival has evolved since its inception.

“The festival was originally set up following Project 06 in response to there being a lot of young energy coming out of NUIG and other places and a lot of young people forming theatre groups,” Ní Chróinin tells me. “Moonfish presented shows in the festival in a number of years and it was great for us because it gives that platform where you could see the work of your peers and at the same time be seen by Galway audiences.

"It generates a sense of solidarity. It is also a curated festival so audiences know there is someone looking at the quality of the work and ensuring that it is ready for presentation on a professional level. The festival has progressed from there, the remit has always been to offer that platform to emerging young artists. Also, while they are preparing to be in the festival the festival plays a big role in sharing skills with artists that they might need, such as marketing and the technical side of things, doing press shots, all the work that goes on behind the scenes.”

The festival’s profile has also risen steadily as Ní Chróinin reveals; “It always had a good profile in terms of visiting artists. Previous festival directors made a lot of effort to reach out to artists in Dublin, Cork, and beyond and we’ve had healthy interest from artists. Moving the festival from October to May allowed us to reach out even more; in October we clashed with the Dublin Theatre Festival but now we are at the beginning of the festival season when people are interested in going out and seeing new stuff.

"Judging from last year there is more awareness in the national press and from new companies around the country who are very interested in getting involved.” 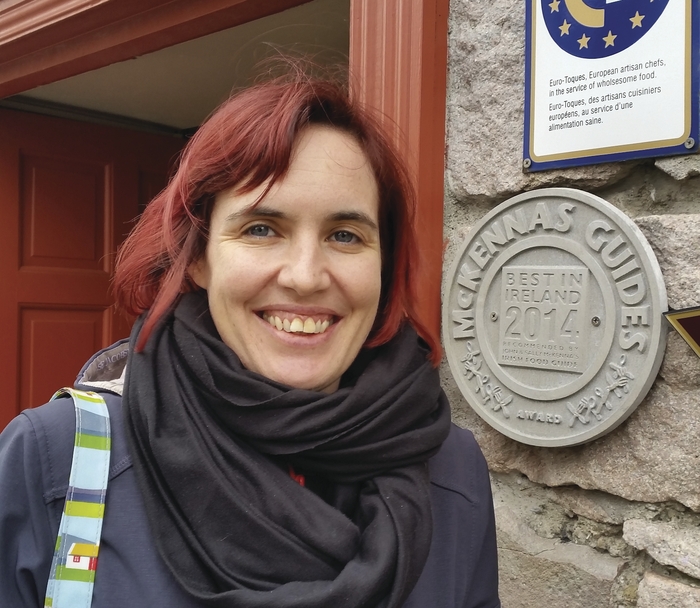 Attendances at the festival have also been very good with a number of shows selling out early and Ní Chróinin [pictured above] makes a point of advising that punters should book in advance for any event they are specially interested in. There are more than 30 shows to choose from this year and Ní Chróinin picks out a few of the highlights.

“I’d definitely recommend the two shows that are in the vanguard of the festival, The Blue Boy by Brokentalkers and Ribbons by Little John and Laura Sheeran. Both exemplify the theatre-making risks and forms we are encouraging. Blue Boy is one of the major Irish shows of the last five years. It takes on the theme of the treatment of children in church institutions but handles it in a very beautiful way using dance and music and incredible masks, that will definitely be a fascinating show.

"Ribbons combines music, song, and storytelling, and the collaboration between John and Laura promises to be very special. At the bank holiday we have a dance theatre triple bill featuring eXXcypt (Jérémie Cyr-Cooke ), Ghosts (Sonar Theatre ), and Liminal (Liadain Herriott ) in An Taibhdhearc which should be fantastic. It has a lot of young Galway artists taking on movement and dance which is great to see.”

Ní Chróinin notes that the festival has increasingly seen artists branch out beyond traditional narrative forms to try new things. “We have some interesting shows for technophiles, Always Alone Together, by Game Theory, from Dublin, is about the true yet incredibly strange story behind the internet, I’ve read the script and it is fascinating.

"We have our own John Rogers who is doing a technically-oriented show called P.I.S.C.E.S. which is basically a debate between audience members and the artist around the question of if aliens have landed among us and what would be the appropriate response. It will be a very interactive show and should be really interesting. I think the fact that a lot of the shows cross genres is a mark of where theatre is going in Ireland and it reflects how theatre has been in Europe for quite some time.

'I think the play is making a comeback' 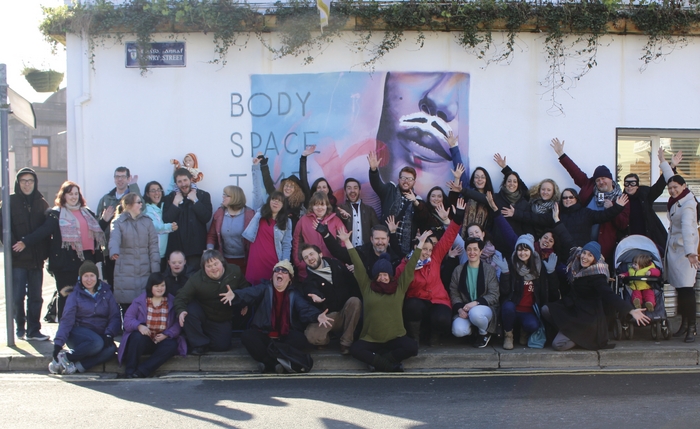 "There are also some plays which is great to see, I think the play is making a comeback, there is some lovely new Irish writing such as Drawing Crosses On A Dusty Windowpane in Druid. It’s written by a very young writer Dylan Coburn Gray who won the Fishamble New Writing Award in 2013 and this is his follow up play to that. It’s beautiful and interesting from a new writing perspective, a lot of new writing might not be story and dialogue, there is a mixture of prose and poetry so even within the text there is a lot of melding of different genres.

The show that officially kicks off the festival is Turf by Frank Farrell, in the Connacht Print Works on Market Street. "It is a beautiful show," says Ní Chróinin. "It involves five bags of turf and one man using physical movement revealing the impact of turf and turf cutting and the relationship that many people have with the bog in Ireland.

"Finishing off the festival is Guerilla Aerial who did an immersive piece for us last year in the Claddagh Piscatorial School, they totally transformed the venue. They are doing something similar this year with Alice M, and we are really looking forward to it, it will be very special. Finally, Care by WillFred will be incredible. We are delighted to have them in the festival, this is a major Irish touring show, we have two such shows in the Town Hall main stage bookending the festival, they are both shows that have stood out on the theatre scene in Ireland over the past few years.”

Galway Theatre Festival clearly offers a feast of theatrical delights for audiences to revel in and savour. Full details of the programme, performance dates, times, and ticket prices are on galwaytheatrefestival.com