TOMORROW SEES the opening of Between Worlds, an exhibition by one of Galway's leading artists, Jennifer Cunningham, as part of the Baboró International Festival for Children.

Between Worlds will be opened by Paul Fahy, artistic director of the Galway International Arts Festival, at 6pm in the Galway Arts Centre. The works will feature depictions of existing buildings in Galway, and those, like the Claddagh Palace, as deepicted by Cunningham, below, or Rahoon flats, which exist now only in memory. 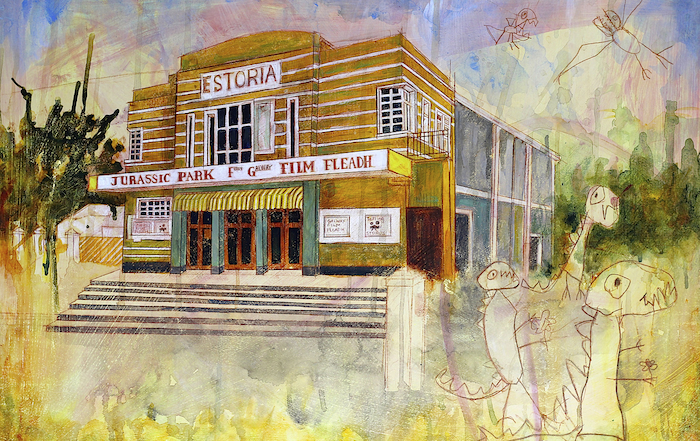 In Cunningham's art, abandoned fairgrounds, defunct and derelict lots of land, evoke the faded magic of childhood possibility. She is particularly interested in misplaced architecture and abandoned objects, confronting the viewer with the contrasting aesthetic of old and new. The landscapes - sometimes bare, desolate, even forbidding - are less about representing real views then reflecting her emotional response to the experience of the encounter.

The exhibition runs until Sunday October 20. Admission is free. The artist will also give a talk about her work on Monday October 14 at 6pm.