“WHEN I was a kid, I got a white Fender jazz bass and I freaked out. I had the most intense goose bumps. It felt liked I’d been given my sword and my journey could finally begin.”

That journey into music has led Minnesota native Cory Wong to his current standing as a contemporary guitar hero, along the way working with noted American indie-funk band Vulfpeck; touring extensively with chart-topping singer-songwriter Ben Rector; and sharing stages with KISS's Gene Simmons, Questlove, The Blind Boys of Alabama, and Bootsy Collins.

The guitarist, composer, producer, and sideman also jammed with Prince’s rhythm section during weekly sessions (the late, great, Prince was himself often in the audience or onstage ), and it was here Wong met Vulfpeck, leading to his working with them in the studio and on-stage.

'A lot of rhythm players think of themselves as just playing filler stuff, but I think of my stuff as hooks. You have to have hook sensibilities'

In 2017, Wong took the decision to go solo, releasing a self-titled debut album, which The Irish Times called “impeccable” and compared to Sly Stone and Weather Report. He followed this in September of last year with The Optimist, featuring an array of musicians whose impressive CVs hint at the kind of respect Wong commands. 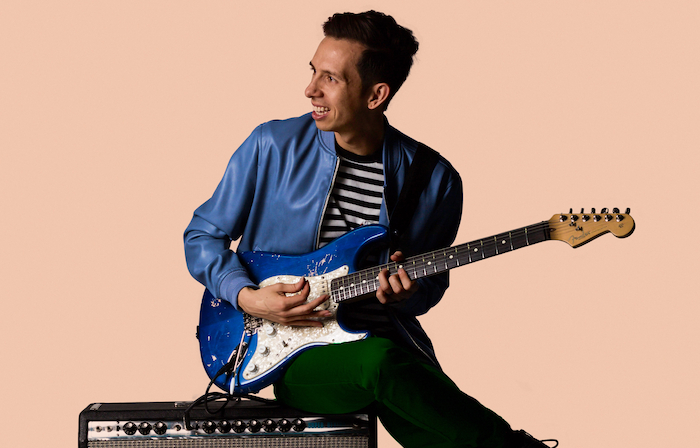 “I got a call one day from Ricky Peterson, who’s played organ with David Sanborn and George Benson,” says Wong. “He was coming to town, so I told him I had some tunes I was working on and we should get together and record them the following week." Also featured were drummer Michael Bland and bassist Sonny Thompson from Prince's band, Prince’s horn section, The Hornheads, and Wong's Vulfpeck comrade, Antwaun Stanley.

The album met with critical acclaim, and has seen Wong's status as a guitarist rise. As www.premierguitar.com said: "Wong is currently riding those hooks and his 'rubbery right-hand technique to modern-guitar-hero status." As Wong told that same publication: “A lot of rhythm players think of themselves as just playing some extra filler stuff to be in the back, but I think of my stuff as hooks. You have to have hook sensibilities to pull this stuff off.”

Speaking about his approach to live performance, Wong said: “My stage persona is Andy Kaufman meets Tony Robbins. I want people to leave my show saying, ‘Wow, I can't believe how funky and amazing that was, but also my stomach hurts from laughing so hard and now I feel the most motivated I’ve ever been in my entire life.’”

Cory Wong plays the Róisín Dubh on Friday February 22 at 8pm. Tickets are available from www.roisindubh.net; the Ticket Desk at [email protected], Shop Street; and The Róisín Dubh.